This morning, Sunday, December 1st 2013, broke into a dull swathe of rusts and ochres against a grey sky. Calm though. Dead, dead calm. I’d hoped for a bit more of a sparkle in the weather, as I thought I’d take a look at the piece of land that the John Muir Trust is planning to buy in one of the wildest and most beautiful parts of Wales.

The Rhinogydd mountains, east of Harlech, are rocky, rugged and feel wonderfully remote compared to the main Snowdon massif. The 105-hectare piece of land which the John Muir Trust hopes to buy is at Carreg y Saeth Isaf, at the head of the Artro valley, near Cwm Bychan. This will be the Trust’s first foray into land ownership outside of Scotland and the call for funds is on! £500,000.00 to be precise. 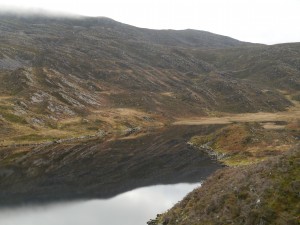 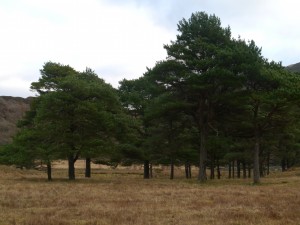 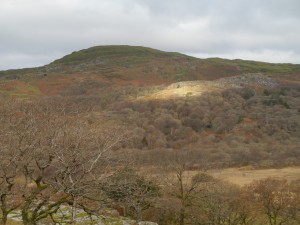 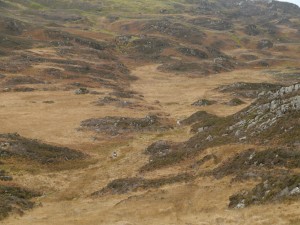 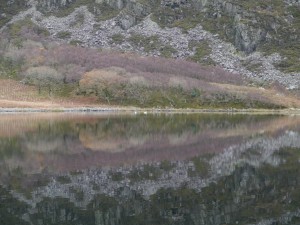 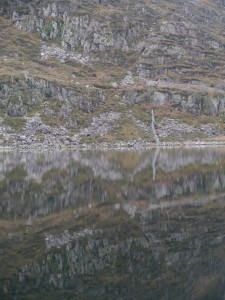 Two of us made the journey today, winding our way through heathland and blanket bog, past a strange huddle of Scots Pine in a mossy mire, and through swards of skeletal bog asphodel stalks, picking our way over the famous Cambrian 600 strike rocks of the Harlech dome, towards Llyn Gloywlyn. We saw no one, and heard very little after the initial mass bleating of sheep as they rushed towards us on the lower fields in the hope of an early morning feed. Only the croak of a solitary raven, the squish of boots on sodden land and the burbling of small treacherous streams hidden beneath swards of sedges, tumbling their way out of this soaked purply gold upland. The summit of Rhinog Fawr was covered in low cloud, beautifully reflected in the still waters of Llyn Gloywlyn. Fleetingly the sun made an appearance, first in searchlight patches on the other sides of the valley and then through the clouds, reflecting like silver moons in the shallows at the lake edge.

The place is highly designated, very peaceful and very special. We headed back to Cwm Bychan and followed the road back to the car around the shore of Cwm Bychan lake . Along the far side, two Whooper swans glided across deep, cold reflections of trees, heathery boulders and tawny bogs just occasionally calling to one another in their distinctive shrieky-honking way.